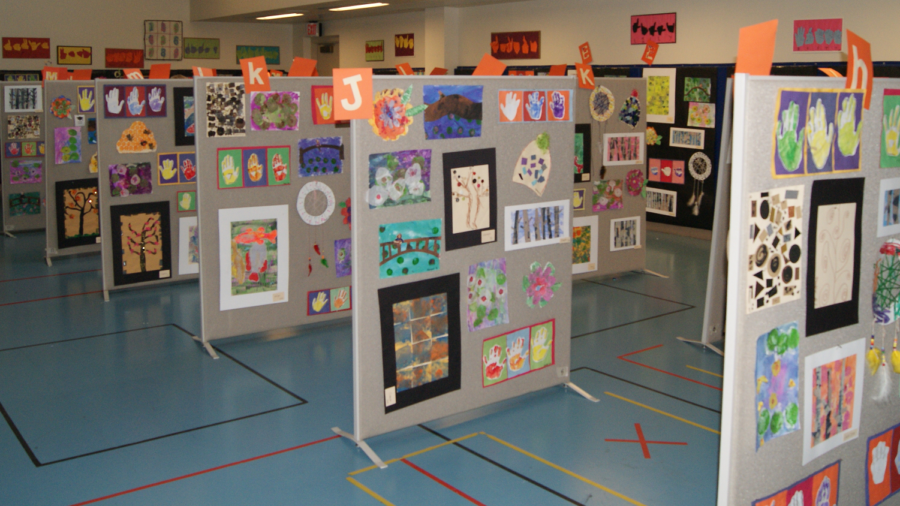 Art is incorporated into the student’s special education plans and is an integral part of students’ education at the Watson Institute’s Education Center Sewickley. Jesse Kisner, Watson’s art instructor, incorporates projects into the students’ art classes that allow them to express themselves through a variety of mediums.

“I love to encourage creative expression and exploration with the students,” said Kisner about her art classes. “It is more about the process and creation than the final project.”

Projects planned throughout the year are intended to engage Watson students of all ages and abilities. Some students simply enjoy the calming atmosphere of the art room and the sensory items they can interact with, such as the paints, markers, and textured papers. Other students like to be more hands on, expressing their creativity through art and oftentimes using this as a creative way to communicate with their peers and staff. “Students often draw pictures of favorite TV/movie characters, family members, pets, and their homes.” said Kisner.

One Watson student, David, took his creative expression to a level that none of the staff had ever seen before. The students were shown an image in class and encouraged to create their own piece, using the image as inspiration. Without prompting, David began to freehand draw his own version of the painting. This was unlike anything he had ever done before in art class and showed great attention to detail, “It was simply amazing. I have never witnessed anything like it.” said Kisner.

The Education Center’s annual Art Show provides an opportunity to showcase the students’ art achievements, like David’s, with the students’ families and Watson staff. Each student had anywhere from four to seven pieces of artwork represented in the show, including pieces made from painting, printmaking, paper sculpture, ceramics, and more.

“This was an opportunity for the students to be really proud of their creations.” said Kisner.